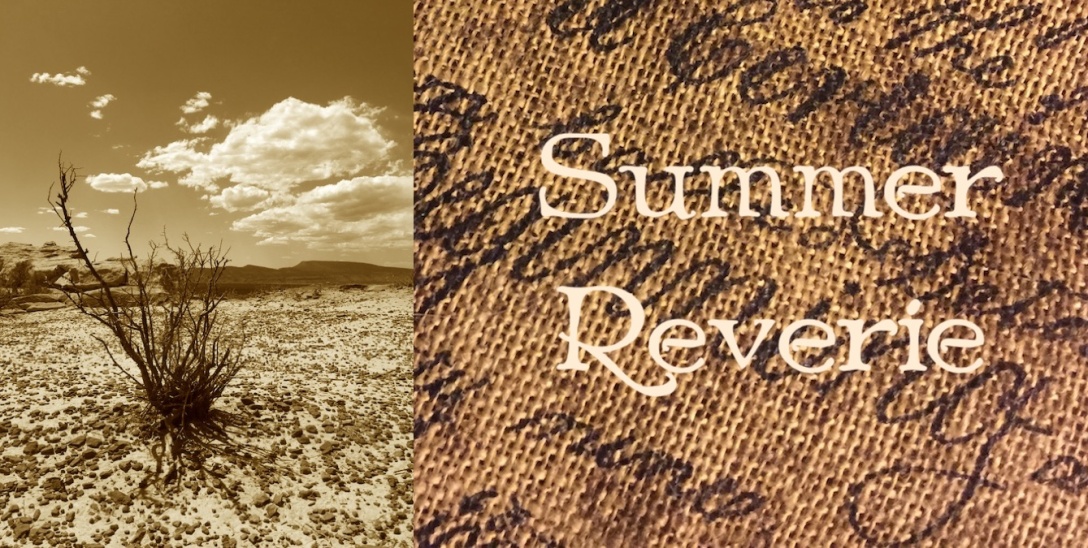 It did not rain today. It was bright and sunny all day long. However, it was airless and so humid it felt like being submerged in tepid beef broth. This morning, I had to weed the front of the greenhouse along the road. This is not quite an hour of light exercise, but I was dripping sweat when I was done. All day long, I was gasping for breath. Even the store cat was displeased. She found the coolest part of the concrete floor and passed out there for the better part of three hours.

Luckily, it started out cool early this morning after yesterday’s rain, and it didn’t get stupid hot. If it had topped 90° with this soup I would have taken the cat and hid in the cooler all day.

But this makes me wonder… What does fair mean? Because I sure don’t want to repeat this day for forty days running. And does the water have to be falling from the sky to count as rain or does humidity count as damp weather?

I was talking with a customer about strawberries. Our vendor has these miraculous ever-bearing plants that produce huge, deep red berries. Huge even compared to June main crop berries, perhaps ginormous relative to the average July berry. And yet they have the ever-bearing tart-sweet flavor. They are truly amazing. But my customer said this is an anomaly, that great berries hardly ever happen in Vermont. He used to drive to the north border to get Quebec berries, when that sort of thing was still possible. Canadian berries are usually superior, he says. The difference is in the weather.

In normal days (whatever that means now), Vermont is cool and damp through April, May, and most of June. Most importantly for berries, it’s cloudy. The berries don’t get enough sun to develop their sugars. Vermont berries usually taste quite acidic, he says. Tart. And the way he wrinkled his mouth when saying that, I wonder if they’re also a bit bitter. But this year, we had drought. If you managed to keep your plants hydrated so they would produce any berries at all, they got plenty of sun to make sugars. So they are very sweet this year. Maybe even too sweet for my tastes.

Now it’s raining. Every day for the last ten days — except today. I’m going to be paying attention to the berries. Of course, the ones we are selling now were ripening when there was still sun. But if he’s right, there will likely be a change to more tart berries before this ever-bearing variety gives out for the year.

That got me to thinking about St Swithin’s Day, which is today. It’s an old weather marking day. It is referenced by Chaucer and he called it the lore of old folks. The Ides of July may actually be one of the oldest weather marking days because this is when grain farmers in the cooler climates start to get nervous about the harvest. As with hay-making, the grain harvest needs to have dry weather for many consecutive days. Not necessarily forty days, but enough for the work gangs to go around the manor fields and bring it all into the threshing floor.

Swithun was a 9th century Anglo Saxon bishop of Winchester, though almost nothing written about him dates from prior to the 11th century. So he may be a bit of a fiction. In a bit of irony, St Swithun is who one calls upon when there is drought, though a happy prediction on his day is for dry weather — not more rain. Forty days is a long dry spell in the British Isles, but historically there has been a scientific basis to the weather duration, whether wet or dry.

Around this time, the jet stream settles into a pattern which remains somewhat constant until the beginning of September when the days shorten enough to allow more cooling and therefore more fluctuation — autumn weather. When this steady jet stream flows north of the British Isles, then continental high pressure creates the dry weather English farmers need for the grain harvest. But when the jet stream settles into a more southerly flow, then Arctic and Atlantic weather moves in — with rain for forty days and forty nights. (Incidentally, now you know why the King James translation of Genesis has a forty-day flood when it’s an unspecified duration in the original.) So in normal years, St Swithin’s Day is indeed the beginning of a long period of the same weather, day in and day out. Because of the Atlantic currents — oceanic and air flow — the jet stream is more often to the north, making grain farmers very happy.

Things are changing though. I wonder how long St Swithin’s day will be a weather predictor. I suspect that if the jet stream settles at all, it will happen earlier in the year because it doesn’t take as long to heat the Northern Hemisphere. We get sunny heat in May now and sweet strawberries in June. But the heating is also affecting the North Atlantic currents. The jet stream is affected by oceanic air flow patterns, of course, and these currents are shifting. It is likely that the jet stream will not often land north of the British Isles; the trade winds may not even get there in years to come. So if there is a settling, it may be wet Arctic and Atlantic air. Not great for English farmers. Probably not great for New England farmers either.

For now, St Swithun is saying there will be sun. Hopefully, he is agnostic on humidity. But I’m going with Weather Underground and predicting a false predictor day. It’s supposed to rain again tomorrow. This much water in the air just can’t stay there!

Unless it gets hotter… in which case it’s me and the cat in the cooler for forty days and forty nights.